If you’re curious about the spooky side of Alaska, check out these ghosts and urban legends. 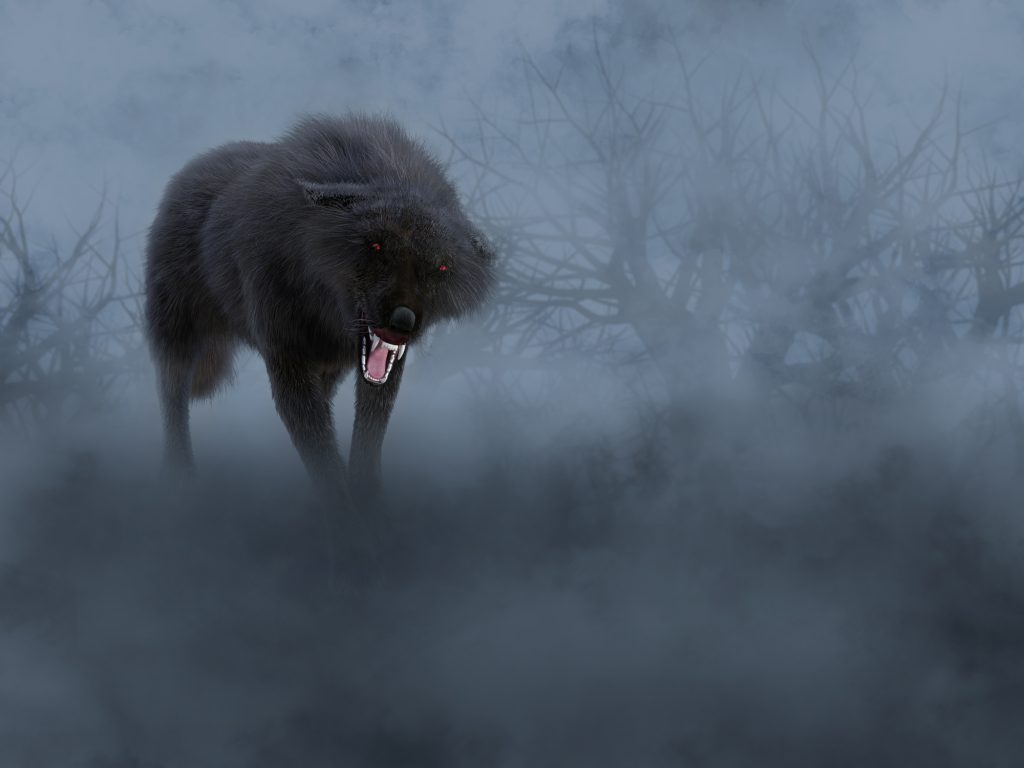 In 1987, right here in anchorage, a Native woman named Marie was brutally murdered at Ship Creek.  She still hangs around, generally between ANS Hospital and Alaska Railroad Terminal, warning homeless native people in the area not to loiter.

The Inuit people have an old legend about an evil spirit that manifestos as a giant wolf and bites off the heads of its victims.  But is it a legend?  There have been a few reported sightings, enough to cause theories about what’s roaming the wilderness – a remnant direwolf, perhaps?

Another native legend, the Kushtaka are otter-human shapeshifters living in rivers or along the shore.  They scream as if in distress to lure people into the water so they can steal souls  although they are by no means confined to the water.  Reports have come in that a pack of Kushtaka have chased people on land.

It may be less known than the Bermuda Triangle but the Alaska Triangle is just as mysterious.  Thousands have gone missing in the triangle in the past 50 years alone, including a U.S. House representative and a House Majority Leader, never again to be heard from.

If you’re brave enough, seek out one of the mysteries – or explore the haunted places in town!